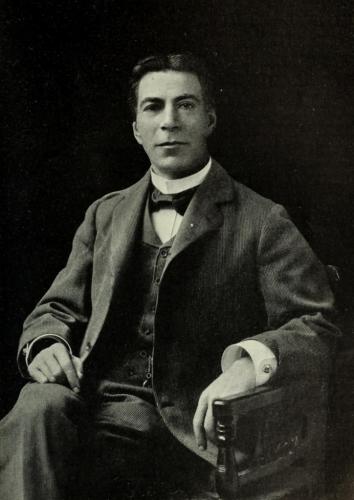 David Lubin (10 June 1849 – 1 January 1919) was a merchant and agriculturalist. In 1853, his family made a difficult, life-altering move from Poland to England. Unfortunately, his father did not survive. Struggling and unable to make ends meet, he braved the Atlantic to pursue a better life in America. Life, however, refused to provide Lubin much in the way of an education. So, as a mere child, he was“placed” in a Massachusetts jewelry factory, laboring day and night to scratch out an existence. But with each new day, as the world began to change, he paid increasing attention to a dream, and somehow made his way… to Sacramento. He was a dreamer. He was an explorer. He was a boy who never gave up.

Education is an exciting adventure. Our job is to inspire and guide our children, helping open their eyes to the possibilities waiting for each of them, just up ahead, and around the corner. Education is exploration.

David Lubin Elementary was established in 1922 in East Sacramento on 36th and K Streets.  While the original building was demolished in the 1970’s due to new codes for earthquake safety, the new building was built on the same plot of land with a new front entrance on M Street and still stands today.